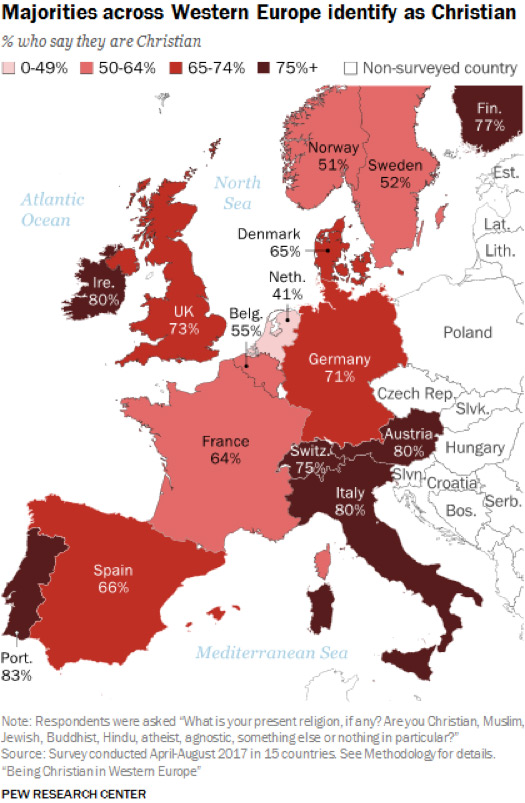 On May 29, 2018, Pew Research Center released the results of a 15-country survey exploring religious identity and its relationship to attitudes toward nationalism, multiculturalism and immigration in Western Europe. The study shows that most Christians in Western Europe today are non-practicing, but Christian identity remains a meaningful religious, social and cultural marker. Here are some key findings: