The transition to the 4th republic in May 29, 1999 ushered in democracy and with it a new constitution, under which the current National Gender policy was promulgated. This policy recommends that women be represented by at least 35% in both elected and appointed public service positions. One of such key offices is the National Assembly.

In the last 5 National Assembly terms, women have remained consistently underrepresented. The chart below shows the number of female senators in the 109 available seats since 1999 in the Nigerian Senate. 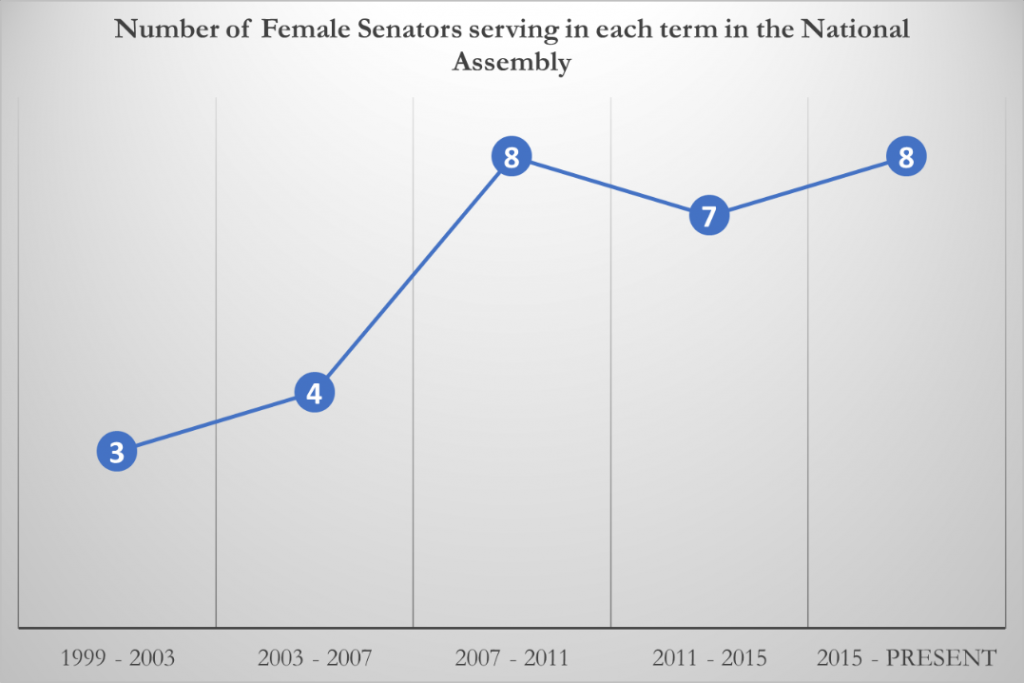 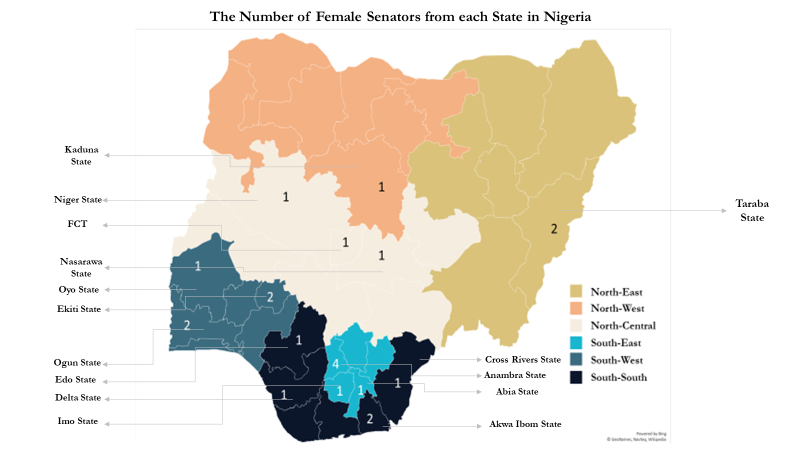 A total of 25 female senators have been elected in the last five National Assembly terms compared with 448 male senators elected within the same duration. While these Senators have come from various political parties, a break down reveals the following:

When the PDP was the ruling Party at the National Level (1999 – 2015), 18 female senators were elected from the party, which translates to an average of 4.5 women per term.

Since APC has been the ruling party at the National level in 2015, 3 women senators have been elected.

To meet the ideal benchmark for the National Gender Policy i.e 38 women, the major parties, i.e ruling & opposition must collectively present 34 women in each term of the National Assembly. A term is 4 years.

Data on the pathway of current serving Female Senators

The data below shows the peculiarities associated with the 25 female Senators that have served and are currently serving in the National Assembly: 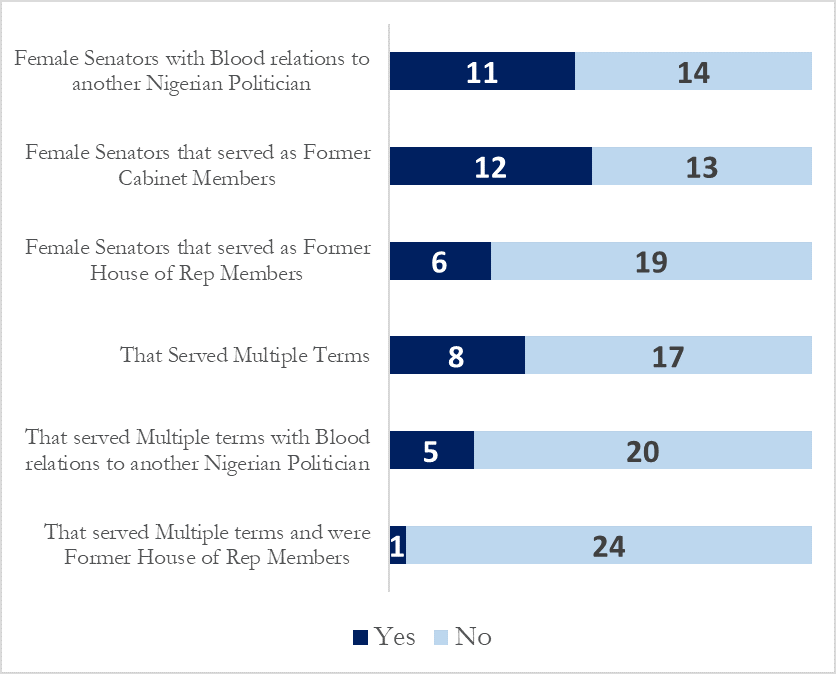 When considering the ease of becoming a female senator in Nigeria, the ease is ranked as follows:

When considering serving two terms as a female Senator in Nigeria, the ease is ranked as follows:

In 2017, 15 female world leaders are currently serving in office, 8 of whom are members of the prime leadership for their country.(Geiger, 2017). Globally, the world is becoming more accepting of female leadership, according to Pew research, the number of current female leaders (excluding monarchs and figurehead leaders) has doubled since 2000.

As the 2019 election cycle in Nigeria approaches, it brings with it an opportunity for the emergence of new female players across party lines that may in turn push the Nigerian government further towards achieving the target National Gender Policy quota, thus reducing the shortfall of female players at such high level of offices.

Geiger, A. (2017, March). Number of women leaders around the world has grown, but they’re still a small group. Retrieved from Pew Research: http://www.pewresearch.org/fact-tank/2017/03/08/women-leaders-around-the-world/

The post Pathway for a Female to become a Senator in Nigeria appeared first on World Association for Public Opinion Research.